"In all chaos there is a cosmos, In all disorder a secret order".

S.W.C present a collaboration project with Endless Joy bringing 2 of their artworks to the Dellow sneaker.
Available online now. 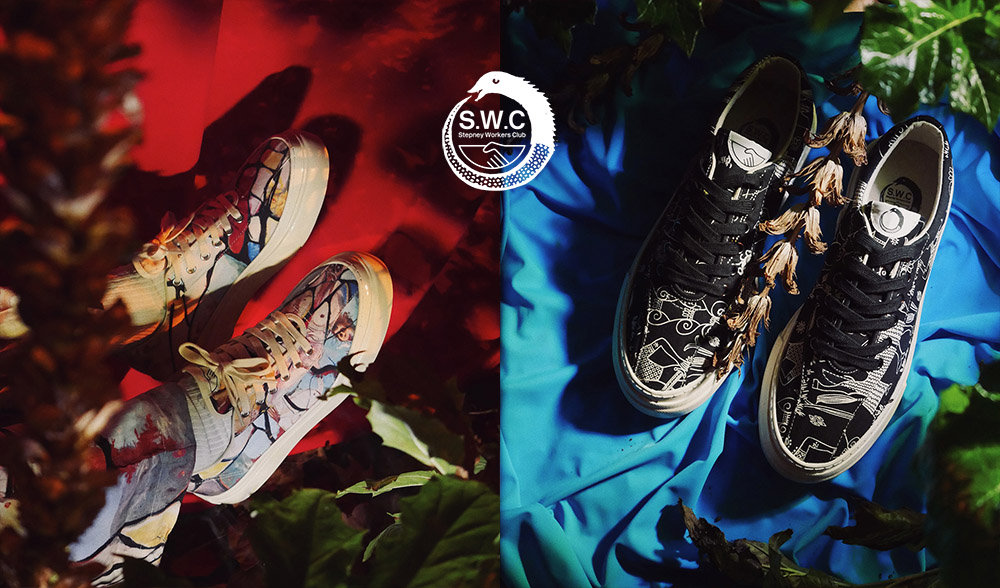 Endless Joy is an extension of artists Alexandra & Stevie Anderson’s creative practice. An ongoing collection of original artworks presented on garments and transformed into wearable art. As advocates for spirit and the veneration of nature each piece is instilled with cryptic symbology. Shrouded in mystery and myth, the often-subversive artworks play host to a motley crew of deities, shamans & spirits engaged in a dialectic of complementary opposites. Through an acid-trip of world culture and comparative mythology, informed by the human condition, the psychedelic experience is laid bare. 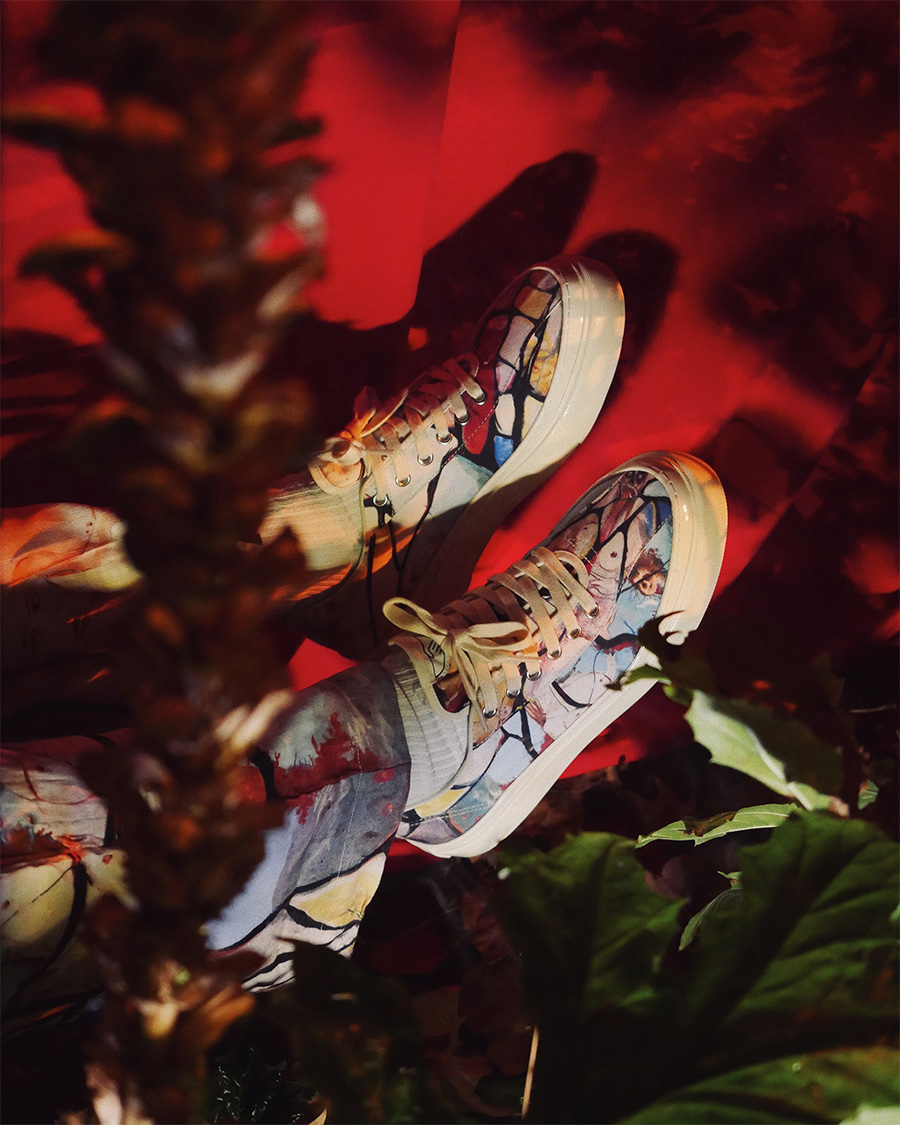 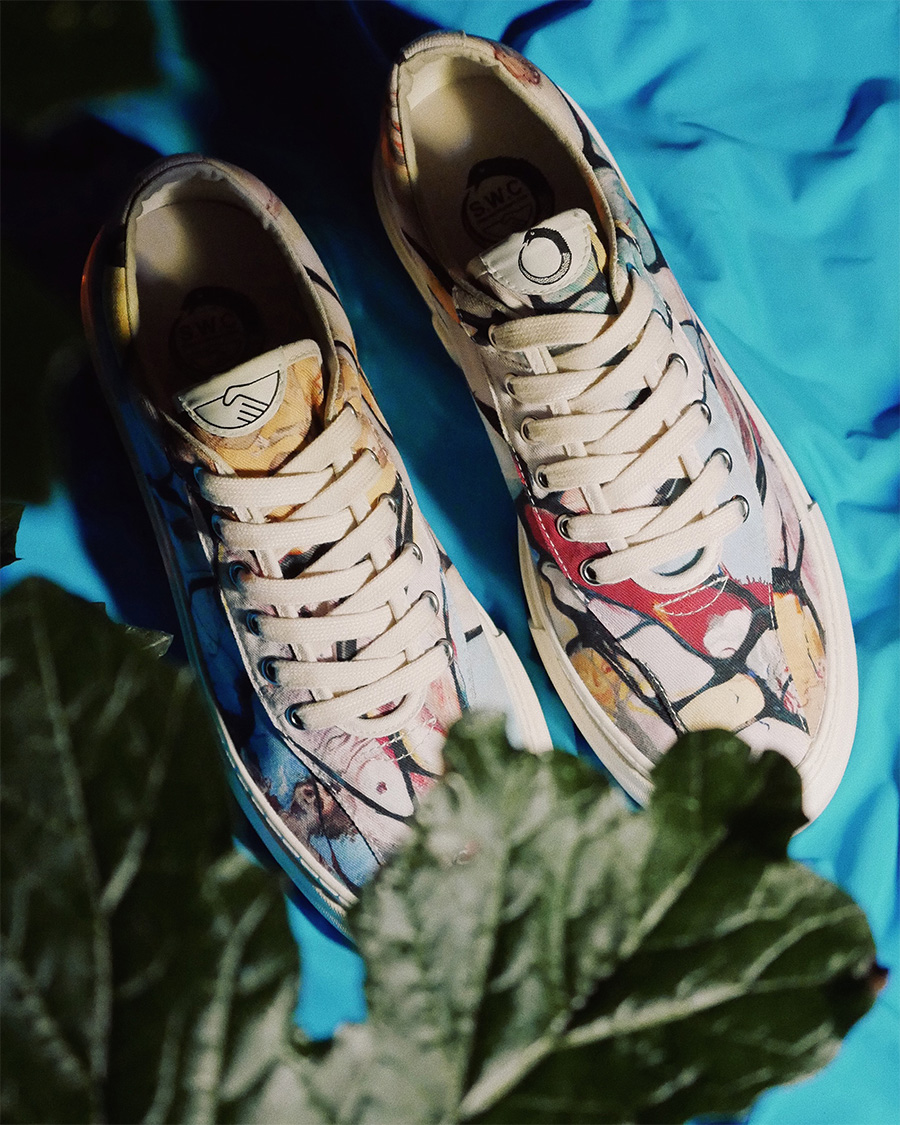 An abstract painting created in pastel hues. The principle line is inspired by cracked, desert earth and captured within the boundary of its structure are the faint remnants of a variety of obscure figures and faces. Reminiscent of a church stained glass window, these cells contain subjects more subversive in nature. One vignette holds a three-toed medieval Blemmyes (creature lacking a head, with a face on its chest) he ‘reveals’ himself. In another a busty wench converses with a blind witch. The central figure appears through the cracks with her long tongue flopping past her wonky breasts, she is a ghostly, haggard crone that reeks of a rebellion known only to those who move outside the system. 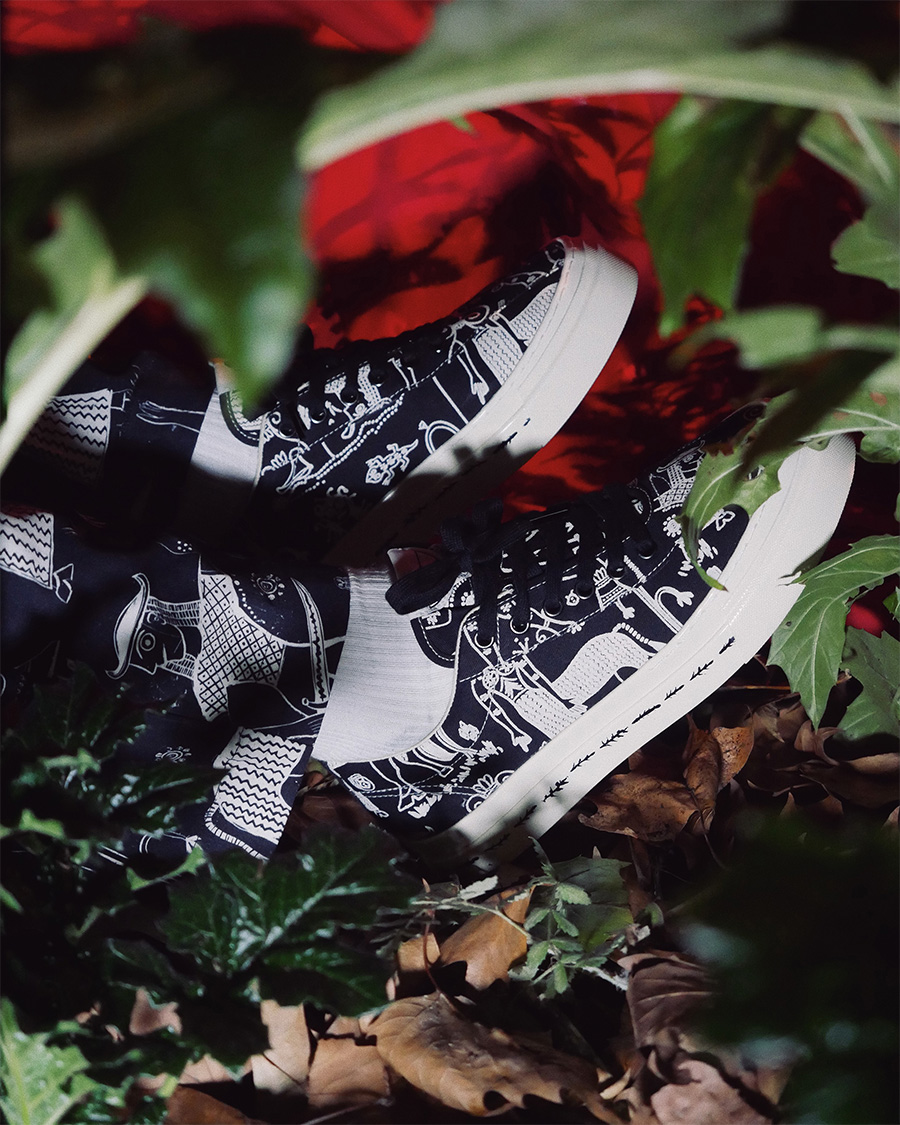 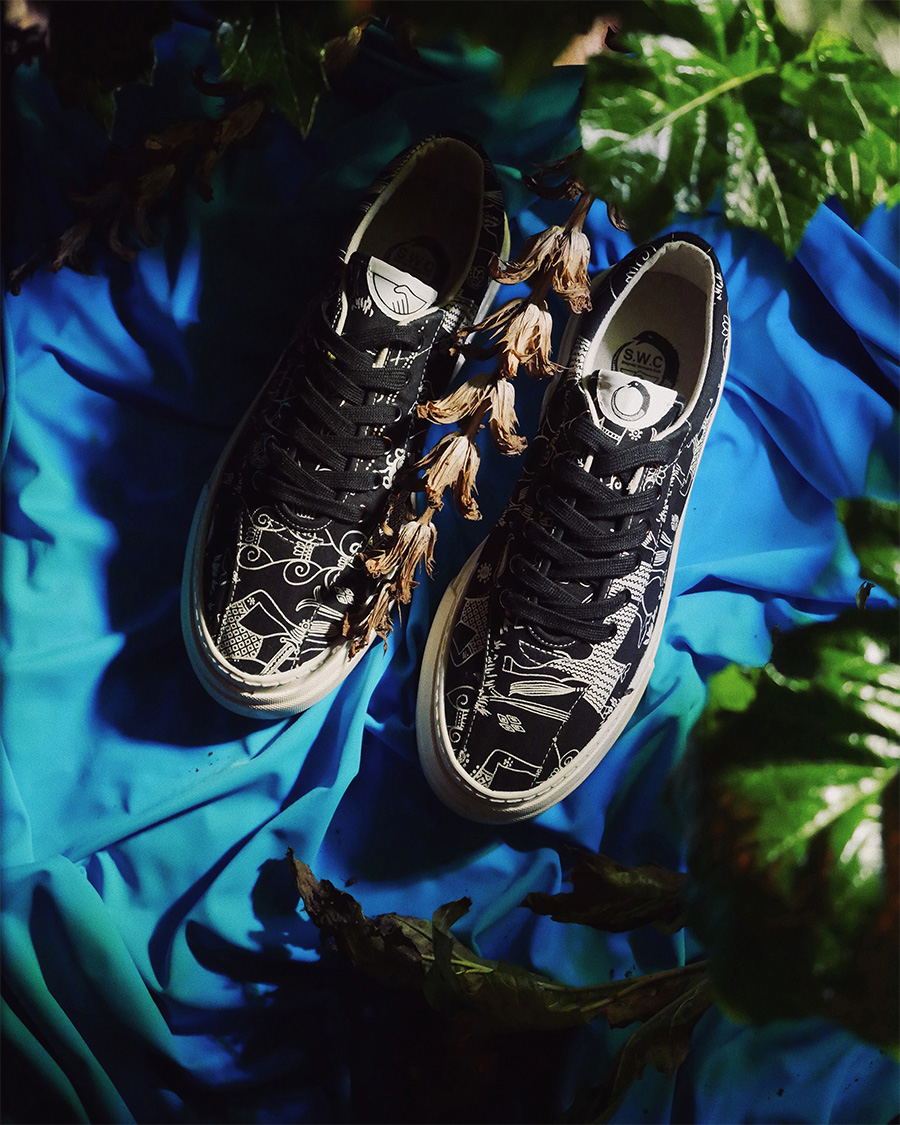 A crudely stylised woodcut, depicts a bold scene from classical Greek Mythology. The Gorgons are terrifying creatures from Greek mythology and three sisters named Stheno, Euryale and Medusa. According to legend, the Gorgons were terrifying demons with sharp fangs and claws, and bodies covered with dragon-like scales. They had horrible grins, staring eyes, and writhing snakes for hair. Their gaze was so terrifying that anyone who looked upon them immediately turned to stone. Medusa was beheaded by the hero Perseus, liberating her victims from their stone prisons. He gave her head to Athena, goddess of justice, who placed the head on her shield. It could be seen as a relief when the valiant Perseus cuts off Medusa’s head, However Medusa was a victim herself, a beautiful queen cursed by Athena to become a monster. By surrendering to Perseus’ sword, Medusa is liberated from the curse whilst her streaming blood becomes transmutational: the mighty Pegasus, a symbol of poetry, was born from the Earth, fed by Medusa’s blood. Her victims emerge from their prisons of paralysis and are freed to live with new awareness. Encountering her was an initiation of epic proportion for Perseus, however Medusa as an ancient shaman, demonstrates that embracing death is a key to transformation and new ways of being.

'Life is transient. Tethered to bodies, hurtling through space, we are just visiting this planet. We’re on a psychedelic ride sharing the human experience. Born from nature and surrounded by stars, we are of the earth and connected to everything in it. There is nothing to stop us from reaching out and touching the entire universe.’.


Shop the collaboration now.
Share on
Previous
Next
Featured Posts